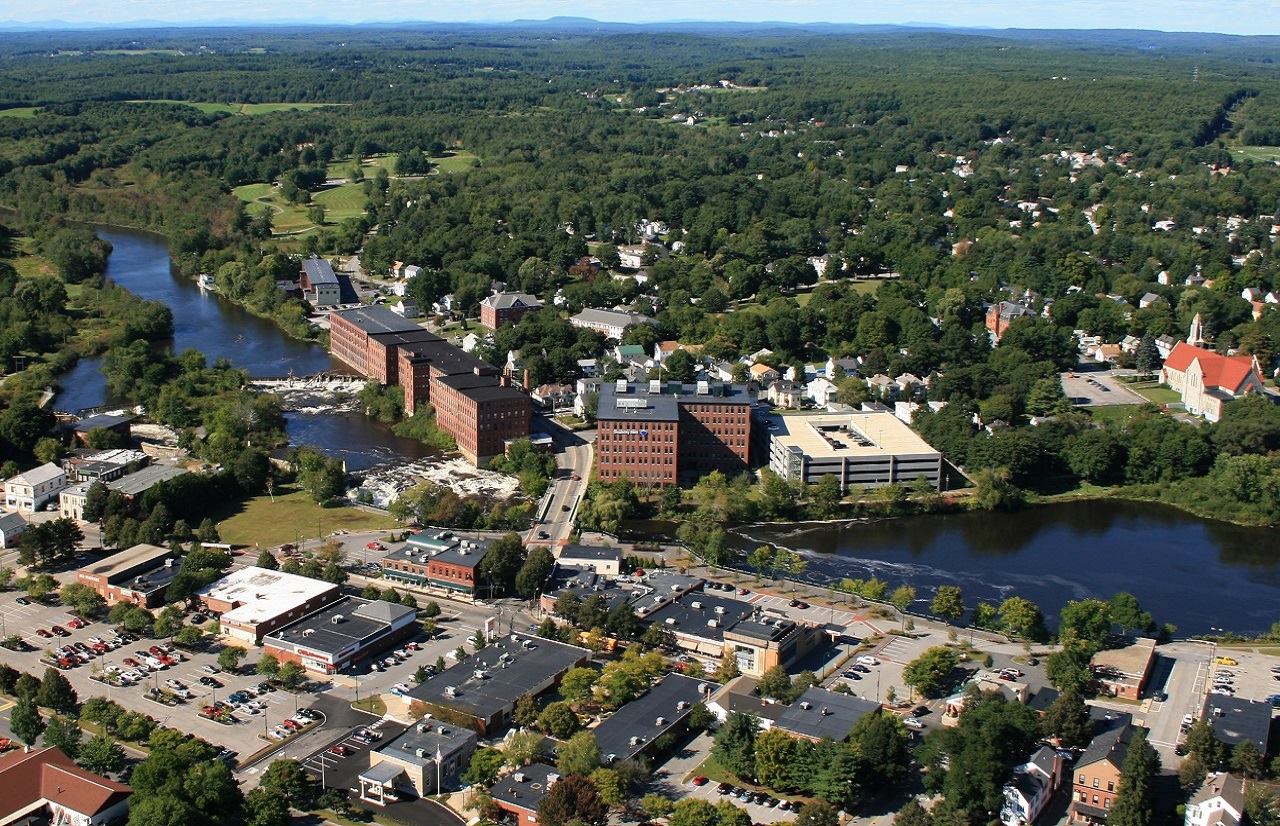 Westbrook, Maine is a gem in the middle of Portland’s suburbs. Though overshadowed by Portland’s popularity, Westbrook holds its own as a popular destination to get away from the typical tourist crowds. The city is known for its fascinating history, the recent Ice Disk phenomenon, and its soon-to-be built “Rock Row”.

Westbrook was originally named after the stunning Saccarappa Falls located within what is now the city area. The city was renamed after Colonel Thomas Westbrook, an early settler and commander in Father Rale’s War. The city boomed due to the two falls, and their ability to power mills. After quickly becoming a center for lumber manufacturing, many other industries soon followed, leading to the bustling city Westbrook is today.

Picture a giant “lazy Susan”, as National Geographic put it, made completely of ice and spinning in the middle of a flowing river. That’s exactly what Westbrook’s ice disk looked like. Spanning 300 feet, this massive phenomenon quickly captured the media’s attention. Other than looking so out-of-place, what makes the ice disk so interesting is that there’s no consensus about how it, and others, are formed; it’s literally a mystery! Though the ice disk survived an attack from an eccentric man with a chainsaw, it sadly couldn’t survive the warmer weather. Locals, and the media, are all hopeful another ice disk will appear once winter comes back around.

Rock Row is a unique hub of activity in Maine, pairing modern architecture with the land’s natural features. The result is an impressive community that is both eye-catching and inclusive. Almost anything you need, you can find. Just some of the fun amenities and venues that can be found on Rock Row include: a Brewplex and food hall, a medical office, working office space, a concert venue, a movie theater, a grocery store, hotel, outdoor activities, and so much more. Whether it’s date night, you’re looking for a rockin’ concert, you’re feeling active, or want a chill day, Rock Row has your needs covered.

With the wealth of history, strange yet fascinating natural phenomena, and a Row dedicated to your entertainment, Westbrook is the perfect place to visit for a good time, away from the typical tourist crowds you’ll find in nearby cities.